nieuws
Bird and Fox Concerts
Invited by Public Works Utrecht, and in collaboration with UK artist Marcus Coates, the Genetic Choir has created a Moth, a Bird and a Fox Concert on Utrecht Central Station, respectively on 21 September, 4 November and 11 December 2016.


Marcus Coates was invited by publicworksutrecht to create a number of public interventions and performances for the train station in 2016 and 2017. He chose to bring nature and animal life right back into the middle of the city and the buzzing human activity, a theme that is central to more of his work.

He collaborated with the Genetic Choir for his works on these three occasions, culminating in the most intensive collaboration with the Fox Choir on 11 December. For this concert, a stage was build in the middle of the station, presenting the Genetic Choir as classical vocal Ensemble, using fox sounds for their music.

In the Bird concert (“Evensong”), groups of singers/birds spread amongst the passengers and communicated, as birds do, with their bird songs amongst the individuals of their own species.

The Moth concert was an intimate performance, with an absurd vocal story about the Moth, also featuring Bernhard Christiansen and Marcus Coates as a clairvoyant moth. 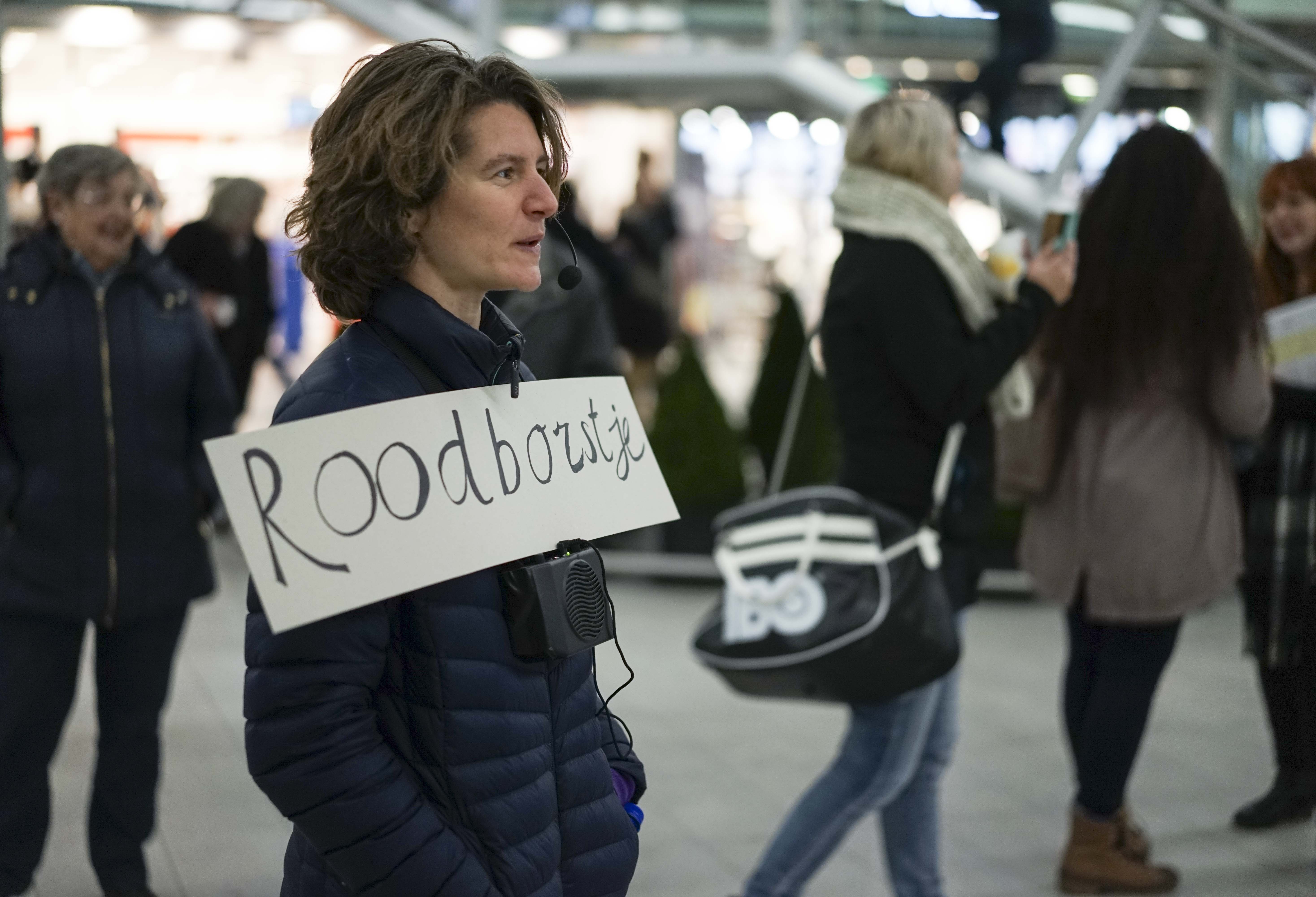 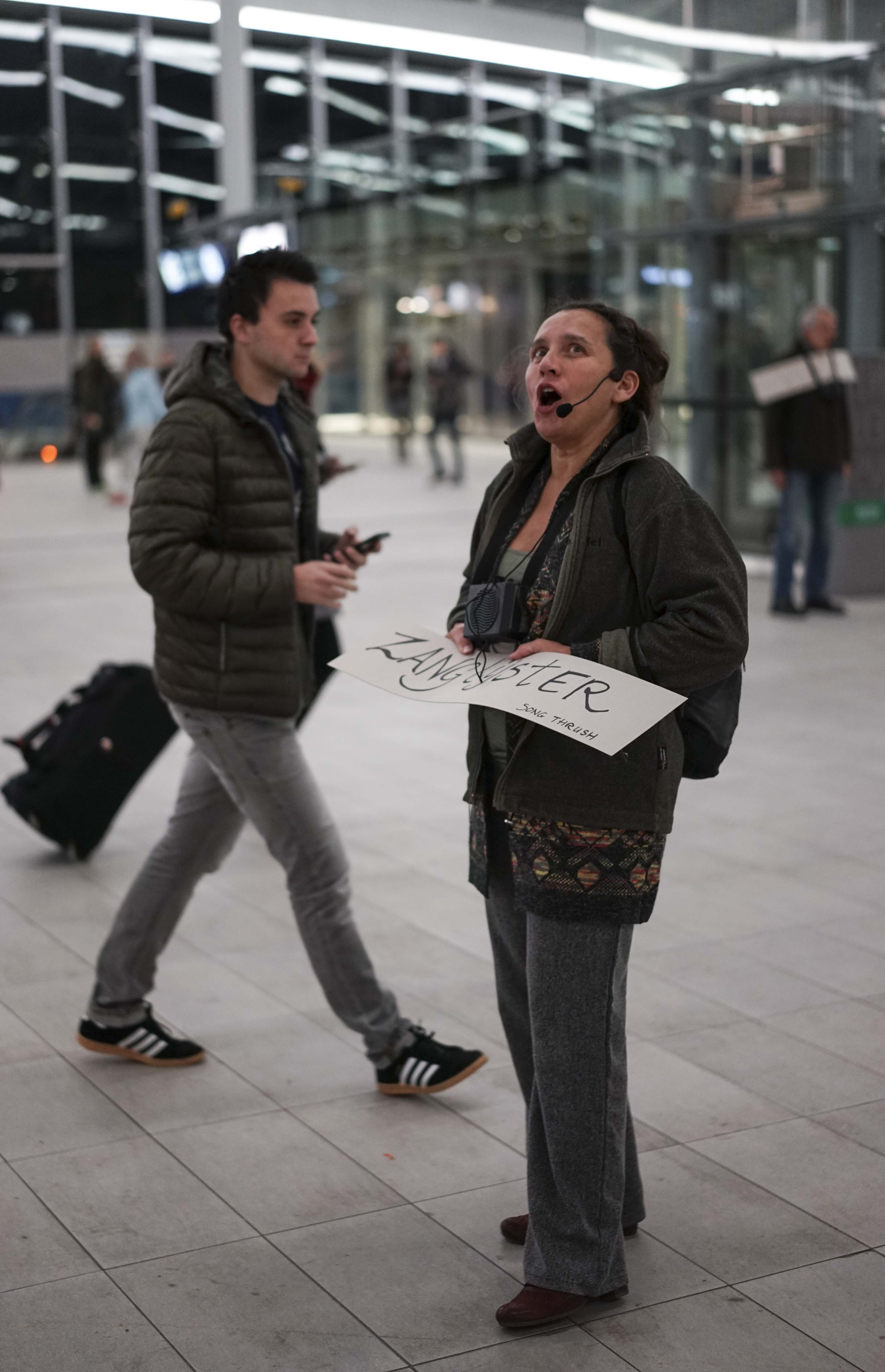 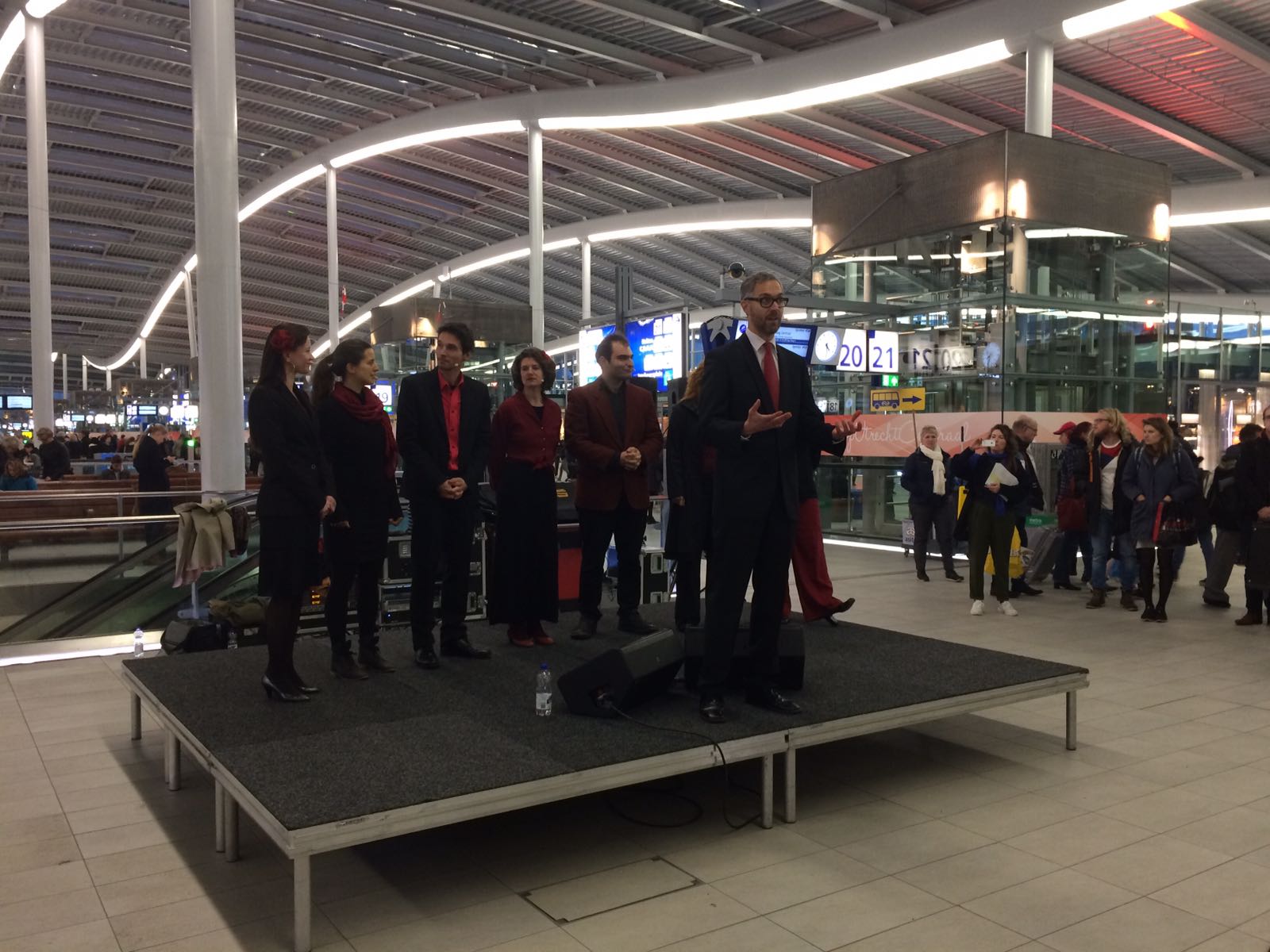